Hanscom FCU Congratulates Our First "Heroes Among Us" Honoree of 2018 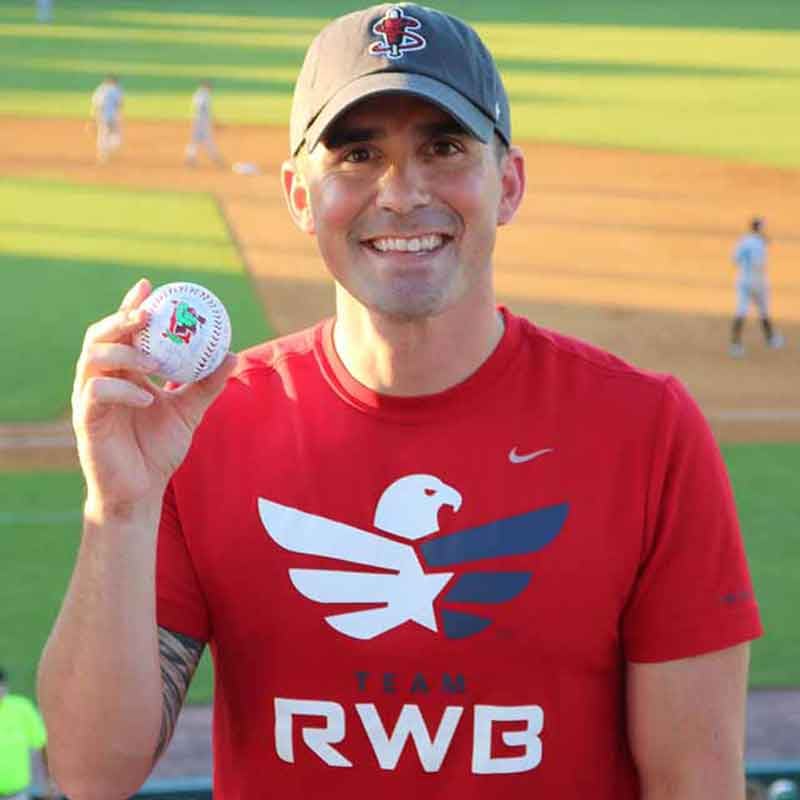 Another season of baseball is upon us and you know what that means here at Hanscom FCU: more "Heroes Among Us" honorees, and boy, do we have some great heroes for 2018!

Our first honoree is Nick Laganas of Dracut, a U.S. Army veteran who works for the Lowell Police Department. Laganas was honored at Monday's Lowell Spinners Game against the Hudson Valley Renegades, where he participated in batting practice, threw out the first pitch of the game, enjoyed some good food at The Home Plate BBQ, and watched the Spinners win from a prime spot in the Fenway Suite with his friends and family.

Laganas is a hero in another way. Just as he was crossing the finish line of the 2013 Boston Marathon, he heard an explosion. Instead of continuing to collect his finisher's medal, he turned around and ran toward the sound of the explosions to help those who were injured by the blasts.

Our first "Hero Among Us" was nominated by his wife, Lauren, who said, "Nick is a strong, determined and humble veteran and police officer. He is also a loving and protective husband and father. He truly lives to serve others and deserves to be recognized for it."

All of us here at Hanscom Federal Credit Union agree: Nicholas Laganas, you are indeed a "Hero Among Us."