Teachers School Us on Social Media Use 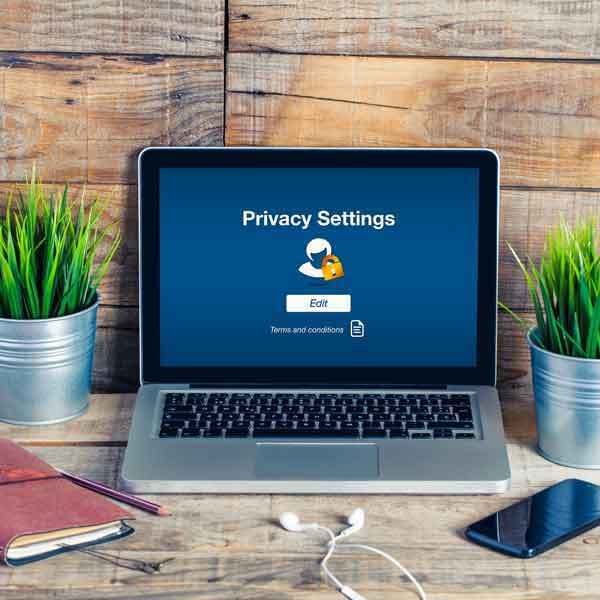 Information breaches are becoming the norm rather than the exception these days. Equifax. Yahoo. Verizon. Facebook.

The list goes on, yet most people don’t change how they live in and use the online stratosphere. They think it won’t happen to them, or the effects won’t be life-changing. What they don’t realize — usually until it’s too late — is: It does and it is.

So, what steps can you take to safeguard your identity while still enjoying social media?

For one woman, after she was the victim of a stalker, she decided to change the way she lived in the online sphere.

“I had this really weird stalker episode last year. I don’t know if the guy was checking out my social media accounts, but I did ultimately pull my last name off of everything, except for LinkedIn,” said Jane*, a college administrator.

One trend we’re noticing is the use of first and middle names only on Facebook and Snapchat, with some even just using handles or screen names. One music and band coach we ran into employs this method.

“I ended up using my middle name instead of my last name for a couple reasons. The main one is because of all the middle and high school coaching I do: Most of the schools have strict policies about being friends with students on social media, and this makes me a little bit harder to find. There are just less friend requests coming in from the kids,” said Laura*. She said keeping her personal life and activities more locked down will hopefully also help her in future professional paths.

“I wasn’t a huge fan of having all of my accounts show up in Google searches for my name. Not that I have anything to be ashamed of, but I’ve thought about changing jobs to something closer, and I’d rather have employers see my professional information first,” said the 20-something.

By far, however, the profession with the most number of people we came across who take steps to remain as private as possible on social media, is teaching.

“I changed it because I teach at a school in my town and it makes it a bit more private (I hope) for kids or parents to find me. It's very common among teachers a lot of my colleagues do the same,” said Jake*, a special education teacher.

Preschool teacher Mary* agreed, but goes a step further. She uses her full name, but has the highest privacy settings on her Facebook, Instagram and Snapchat accounts. She also said there’s a place for everything, as long as you’re wise about it.

“I save some forms of social media for my private life and I won't put crazy party pictures or put super opinionated stuff on my Facebook just because I don't want the drama. And I have blocked bosses in the past because they tend to snoop. And judge. I try to use my professional email for school stuff, and I keep all my college stuff basically anonymous. You never know who can see it.”

She took time to school her daughter, also a teacher, on privacy, too.

“My daughter changed her social media to first and middle name because it's harder to find someone that way, and your middle name is not on most resumes. We are also both careful to not geo tag if it's someplace or something we don't want everyone to know about, like on Snapchat or Instagram,” she explained.

So how do you best use social media outlets to their fullest potential without compromising your personal information or privacy in general? Here are 5 tips that can help get you started:

It sounds annoying, and it is, but not as annoying as if you had to deal with the fallout of being hacked.

Just because there’s a box for your birthday, phone number and address, doesn’t mean you should use it! Criminals use this information to create fraudulent credit card and other accounts.

Yes, it’s a pain to type that 4- or 6-digit code every time your screen goes dark, but as we all know, if it gets in the wrong hands, it’s an open door to your life. Contacts, bills with your information on them…or your Apple/Android Pay.

4. Make sure you only friend/follow people you know and trust.

Met them one night at a party? Probably best to keep them off your friend list. Started a new job and see colleagues in your request list? Suggest LinkedIn rather than Snapchat.

Log out of every account and search for yourself. You’ll be able to see your online profiles as non-friends do. Make sure everything showing is safe, non-personal and locked down.

Have you made changes to your social media accounts to make it harder to identify you? Tell us your tips in the comments below.

Susan Manning is a journalist and media consultant living in Worcester, Massachusetts.  She and her wife, Jen, have 2 children (Jameson and Dylan) and 2 fur-kids (Hazel and Violet). She regularly blogs and tweets about being a disabled mother.
Add a Comment