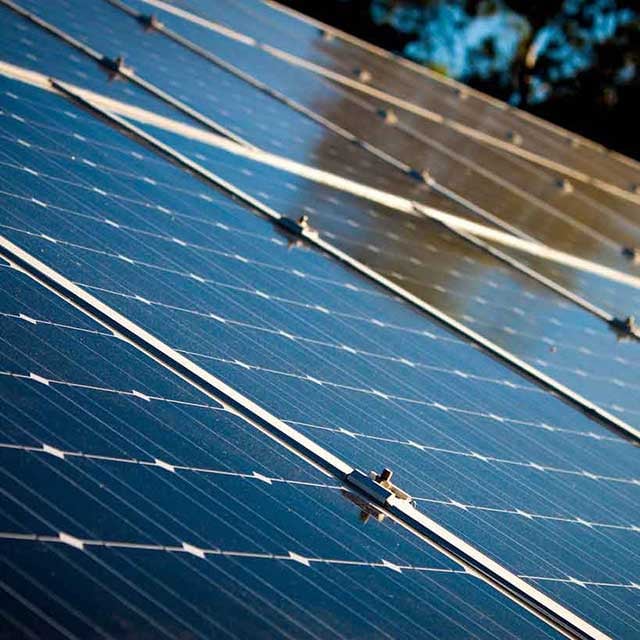 We’ve all heard that solar energy is good for our planet, but how does it produce cleaner energy compared to traditional electricity?

“Traditional electricity is produced via the rotation of a generator within a power plant,” explained Abdu Elrefaiy of NRGTree. “The generator is built with an electromagnetic (a magnet produced by electricity) shaft that has insulated wire coiled around the inside of it. When the electromagnetic shaft rotates, small electric currents are formed in each wire that, in turn, form a large current within the generator.”

A turbine gets that generator to spin. According to the U.S. Energy Information Administration (EIA), 70% of electricity produced in the United States is powered by steam turbines. These turbines use biomass, coal, natural gas, geothermal energy, nuclear energy, or solar thermal energy to generate steam. Of these sources, fossil fuels such as coal and natural gas are the most widely used. When these substances are burned, they create the heat necessary for the steam turbine and electricity generation. This process releases a variety of emissions that have proven negative environmental and human health impacts.

The CO2 produced from electricity accounts for about 40% of the total CO2 emissions in the United States. That's approximately 1,925 million metric tons of CO2 annually according to the EIA.

In comparison, solar electricity is produced when particles of sunlight, called photons, are converted to electrons of direct current (DC) electricity. Solar panels are made up of many small, square-shaped panels of silicon semiconductors called solar cells. These solar cells transform the sunlight into DC electricity. This current then flows into an inverter, which converts the DC into alternating current (AC) electricity, which powers your home.

Electricity created from sunlight generates no air or water pollution. It also creates no greenhouse gases. It's a cleaner alternative to traditional electricity.

Considering an investment in solar energy for your home? Hanscom Federal Credit Union has partnered with Own My Solar. They can help you find the best plan for your home at the best price. The interactive website lets you create a plan at no cost you can then take to qualified installers. Learn more about this program here.